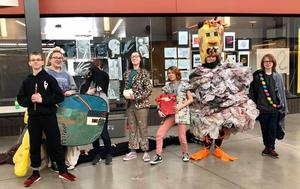 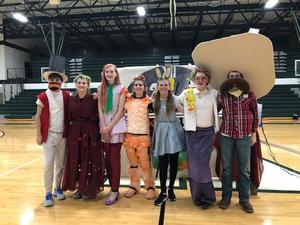 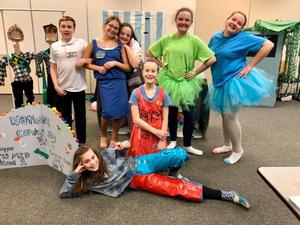 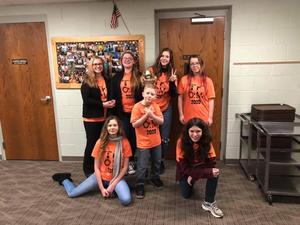 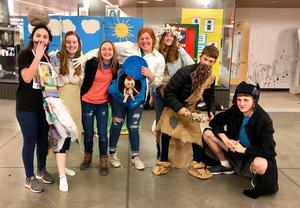 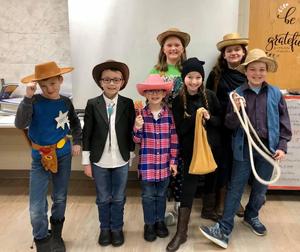 Thornapple Kellogg Schools were well represented with 11 teams at the regional Odyssey of the Mind competition in Wayland last weekend. The district will again be well represented by six teams advancing to the state finals March 14 hosted at TK Schools.

This is an amazing number of teams advancing again for TK. The OM program is coordinated by Robin Walters and continues to grow in numbers and strength. The district had teams from all grade levels competing including a primary team from McFall Elementary. Primary teams only compete at the regional level and are not eligible to advance to the state competition.

Odyssey of the Mind is a creative problem-solving program encouraging students to think outside the box and come up with creative and innovative solutions to problems. Teams must compete in both a long-term problem and spontaneous portion of the competition. The long-term problem involves creating a performance with costumes, props and sets.

The primary team is made up of Sawyer Pelton, Emery Sherk, Kayde Holley, MkKenna Martin, Nathaniel Boersma, and Preston Martin – all in either Young 5’s, kindergarten or first grade. The team is coached by Victoria Pelton.

The other elementary team is coached by Becky Vaughn and Heather Long. The team is made up of students in second, third, fourth and fifth grades and placed seventh at regionals. Team members are Collin Long, Lyvia Hilton, Keeghan Simerly, Travis Grabemeyer, Jacob Long, Lucy Grummet, Joel Gelderloos.