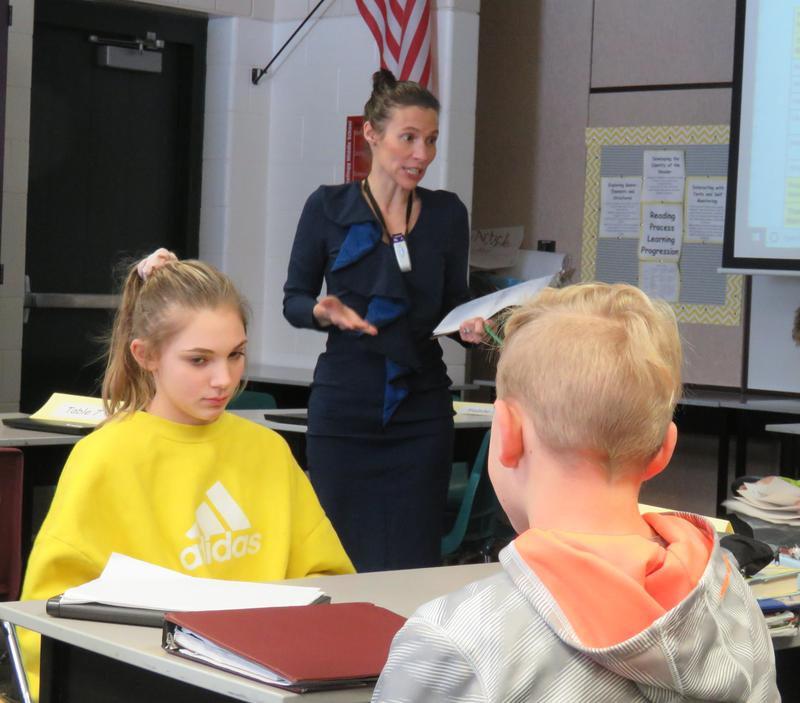 It's not often you hear seventh-graders talking about racial profiling, the pros and cons of video gaming or debating border wall security effectiveness. But those were just some of the hot-button topics students chose for their argument/advocacy "Take a Stand" speeches.
Read More » 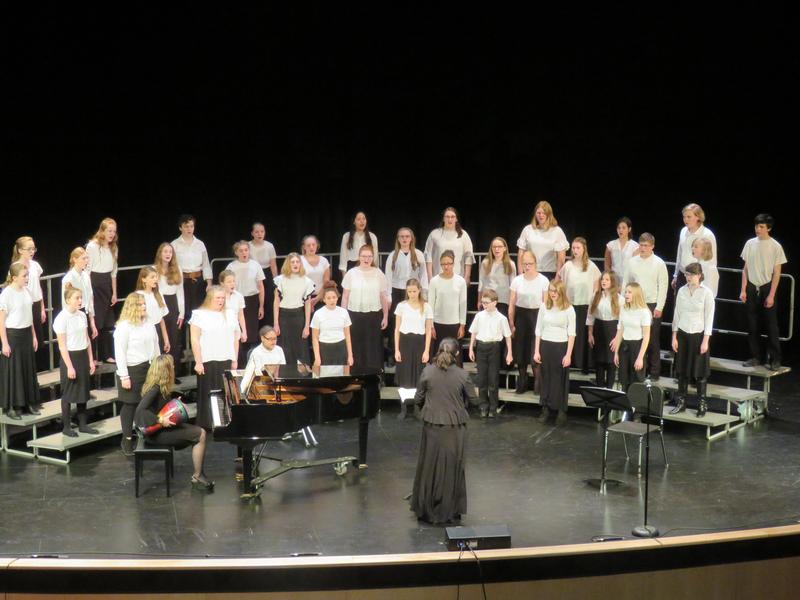 Both the 7th and 8th-grade middle school choirs received top ratings at the recent choir festival. Both choirs scored very high and received excellent scores in sight reading as well as performance. Their top ratings make them eligible to be part of the state festival, May 1-3. Both choirs are directed by Laura Oprea.
Read More » 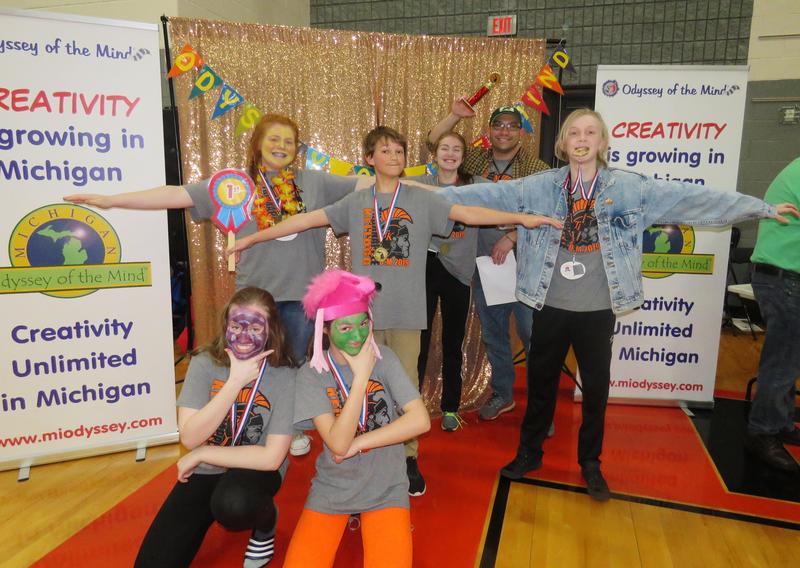 Thornapple Kellogg Schools will again be well represented at the Odyssey of the Mind world finals in Lansing this year by three teams - one team from Page, one from the middle school and one from the high school.
Read More » 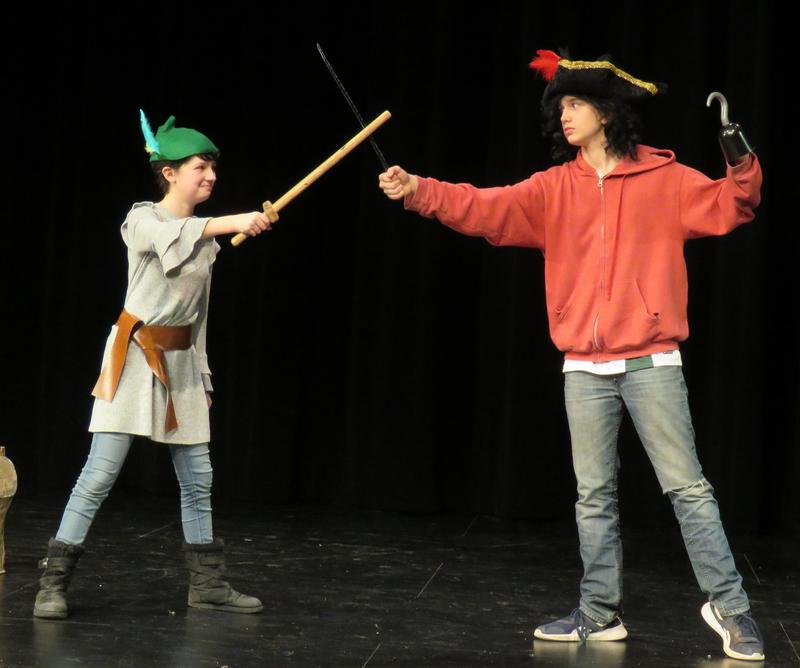 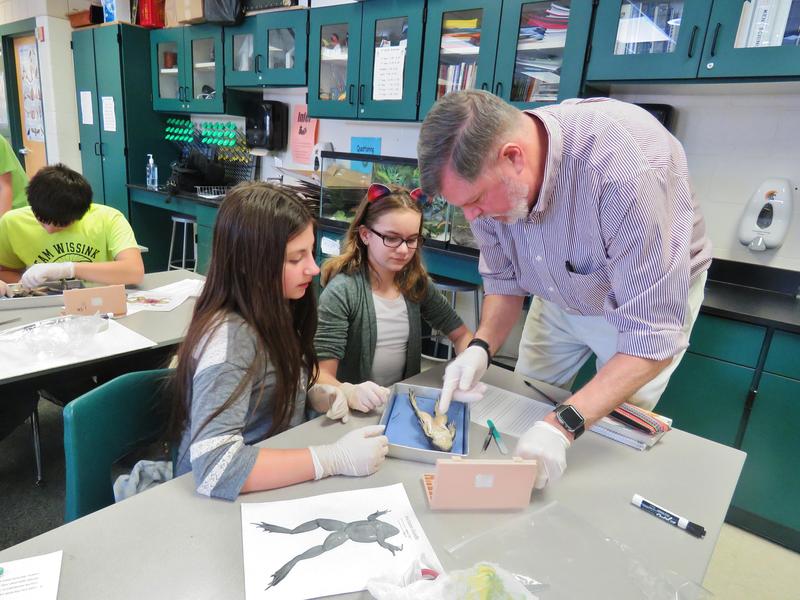 Carefully following detailed instructions sixth-grade middle school students got a hands-on lesson they won't soon forget. They were learning about organs, what they look like and how they function. Instead of simply reading about it or even seeing pictures, students were able to see actual organs by looking at the insides of frogs.
Read More » 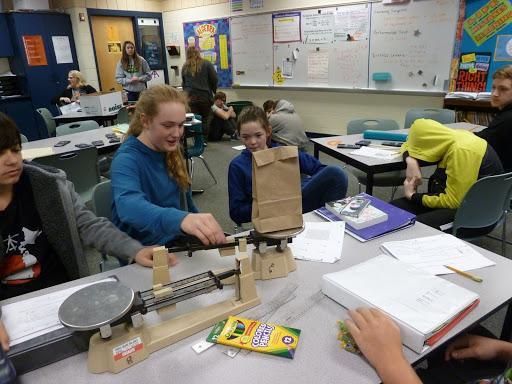 TK 8th-grade math teachers used Jolly Ranchers and gum for a sweet end-of-unit lesson. Students were given bags filled with 20 total pieces of Jolly Ranchers and gum. But each bag contained a different combination of gum and candy. The task was to develop a set of equations, work the math and accurately come up with the number of candy pieces and the number of pieces of gum in their individual bags. Students who correctly calculated the numbers were able to eat their math rewards! Mrs. Siekman, Ms. Arguello and Mr. Cole each had a pre-determined amount of items in each bag with answers recorded on a spreadsheet to easily check the student answers. What a SWEET way to teach math!
Read More » 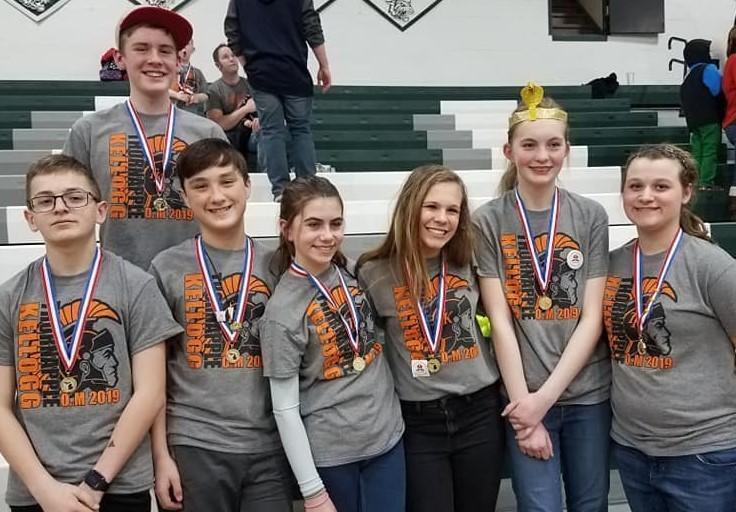 Thornapple Kellogg Schools will send 10 Odyssey of the Mind teams to the state finals including five middle school teams. TK OM coordinator Robin Walters said she believes this is record number of teams advancing to the state for the district. Last year, TK advanced eight teams to the State Finals and three to the World Finals. This year's teams advancing included one team from Lee Elementary, three teams from Page Elementary, five teams from the middle school and two teams from the high school.
Read More » 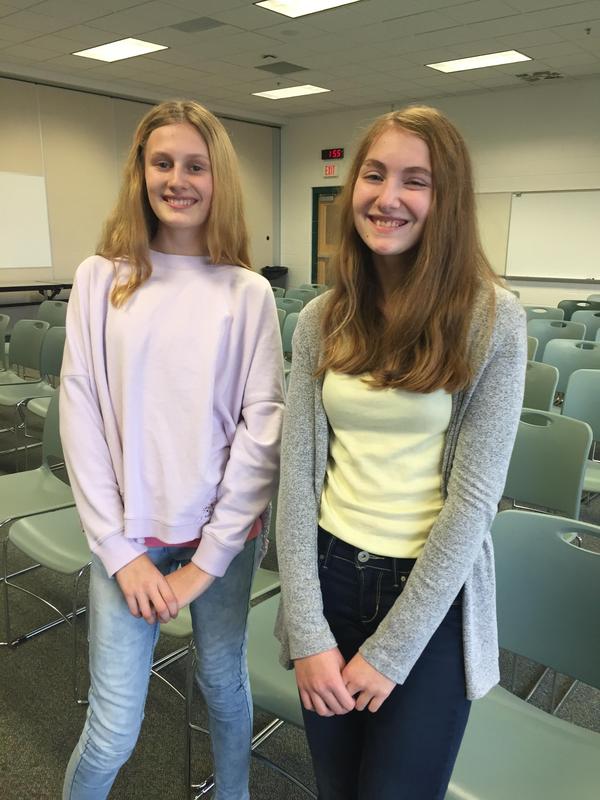 TKMS 8th graders Kate Baldry and Cameron Phillips won the middle school spelling bee honors and will represent the school at the regional spelling bee. Baldry won the competition on the word "Auf Wiedersehen." Other grade-level winners at the TKMS spelling bee were Colton (Cash) Rabley in first place for 7th grade with Shelby Robinett as runner-up; Cole Novak in first place for 6th grade with Kennedy Kimmel and Mason Beard as runners-up.
Read More » 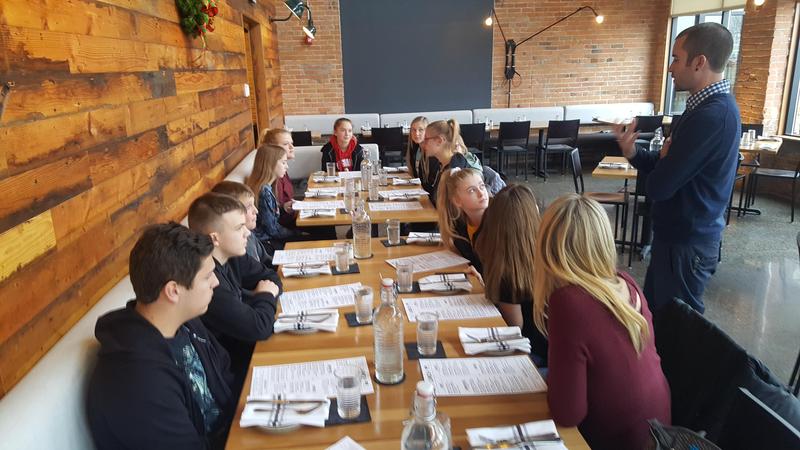 As part of a health and nutrition lesson, middle school teacher Melissa Thaler wanted to give her 8th-grade students a real-life experience in learning where their food comes from and how it's produced.
Read More » 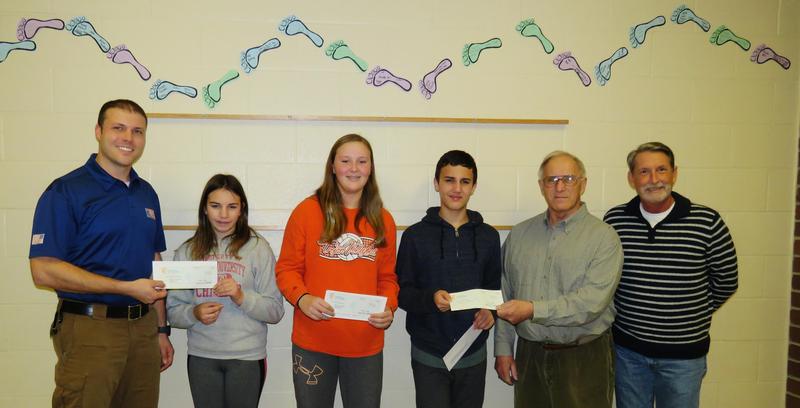 After learning about the importance of Veterans Day, Thornapple Kellogg 8th-grade students raised funds to donate to three local organizations. Footprints purchased by the students carry the names of family members, loved ones and friends who are either veterans or currently serving. The footprints line the hallway so as students make their way down the main corridor they are literally "walking in the footsteps of heroes."
Read More »
RSS Feed